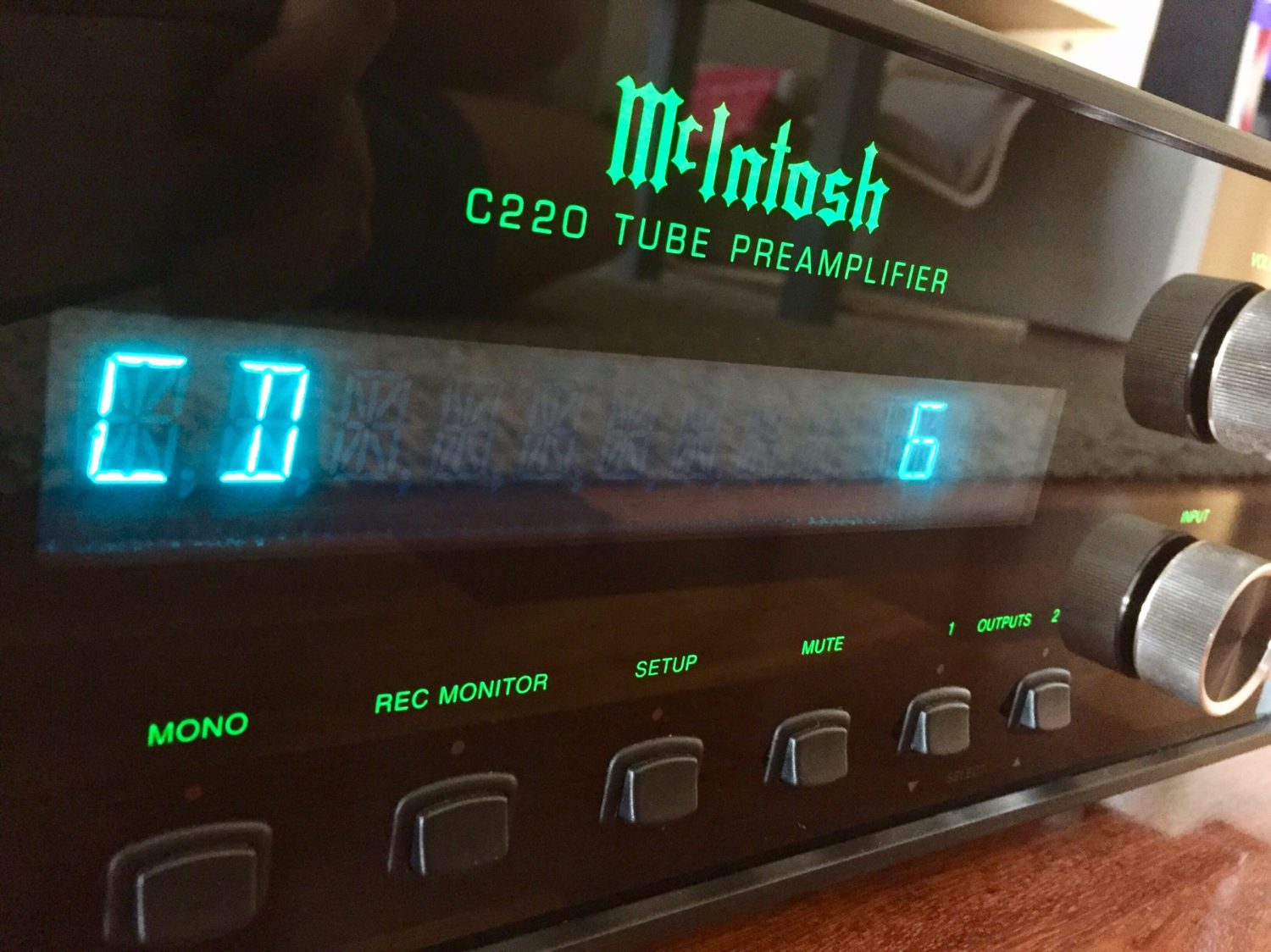 The McIntosh C220 preamplifier is a hybrid tube/transistor based preamplifier, featuring a phono preamp and microprocessor control. It’s a well-made unit, though not like the McIntosh of old. The board is high-quality fibreglass and internal layout is clean and tidy, using nice parts. Everything is well-specced, except the soldering – more on that shortly.

The Problem With Mainstream Reviews

There are loads of positive McIntosh C220 reviews out there, something my customer pointed out to me. This raises an interesting point. The ‘industry’ of hi-fi is set up to sell more gear. McIntosh actually doesn’t want you to keep using your very reliable C22. In fact, they’d rather sell you a new $5000 C220.

It doesn’t matter that each new model is not quite as well-made as the outgoing model, or that it won’t last as long before needing repairs. Reviewers from the big magazines and online sources are very unlikely to bite the hands that feed them and point any of this out, even if they were technically savvy enough to understand it.

Liquid Audio has no affiliations with any manufacturer. When I review something, I’m only interested in how its made and how it sounds. If I upset a manufacturer with my comments, that’s just too bad!

This particular C220, owned by a customer of mine, has failed completely, twice now. It’s only around 10 years old, so this is not a great record of service and I can assure you he wasn’t happy.

Rather than use actual switches and a volume potentiometer, the C220 uses microprocessor-controlled switching and relays. Kind of cool, until it stops working, then trying to fix this stuff becomes a real problem. The first failure was of the microprocessor. It was fixed at great expense to the owner. Do you think you’ll be able to get another programmed controller when it fails again in five years time…?

But perhaps the biggest issue here is the use of lead-free solder in modern production processes. The move to Pb-free happened due to safety concerns over lead in the environment. It’s especially relevant for workers in factories where printed circuit boards are made.

However, lead-free solder doesn’t flow or wet joints nearly as well. It resists re-work with conventional leaded solder and Pb-free soldered joints just seem to degrade over time, like had happened with this McIntosh C220.

The tube socket pins were especially degraded, along with dozens of other small joints on relays, integrated circuits and transistors. The pads are really too small to cope with the thermal output of the parts they connect. Therefore, the solder joints degrade over time.

I made a video showing the insides and discussing the problem, check that out.

This C-220 needed several hours of my time and extensive board re-work to bring her back to life. I’ve never seen so many dry and degraded solder joints in a piece of newer equipment. The tube sockets are soldered directly to the PCB, a common point of failure in modern gear and so it was here. Three out of four tubes in this C220 had no filament voltage, all down to solder joint deterioration.

Many of the solder pads are too small to allow any useful amount of solder to adhere during the wave soldering process. Dozens of transistors in this C220 exhibited this problem and I re-worked all of them, a job which took several hours.

But after a good three hours spent tracing regulated rails, re-working the mainboard, I tested her. She turned on and all the tube filament voltages returned. Plugging in a signal, she sounded fantastic, no denying it. This is the appeal of a lot of this type of equipment – it sounds great until it breaks! 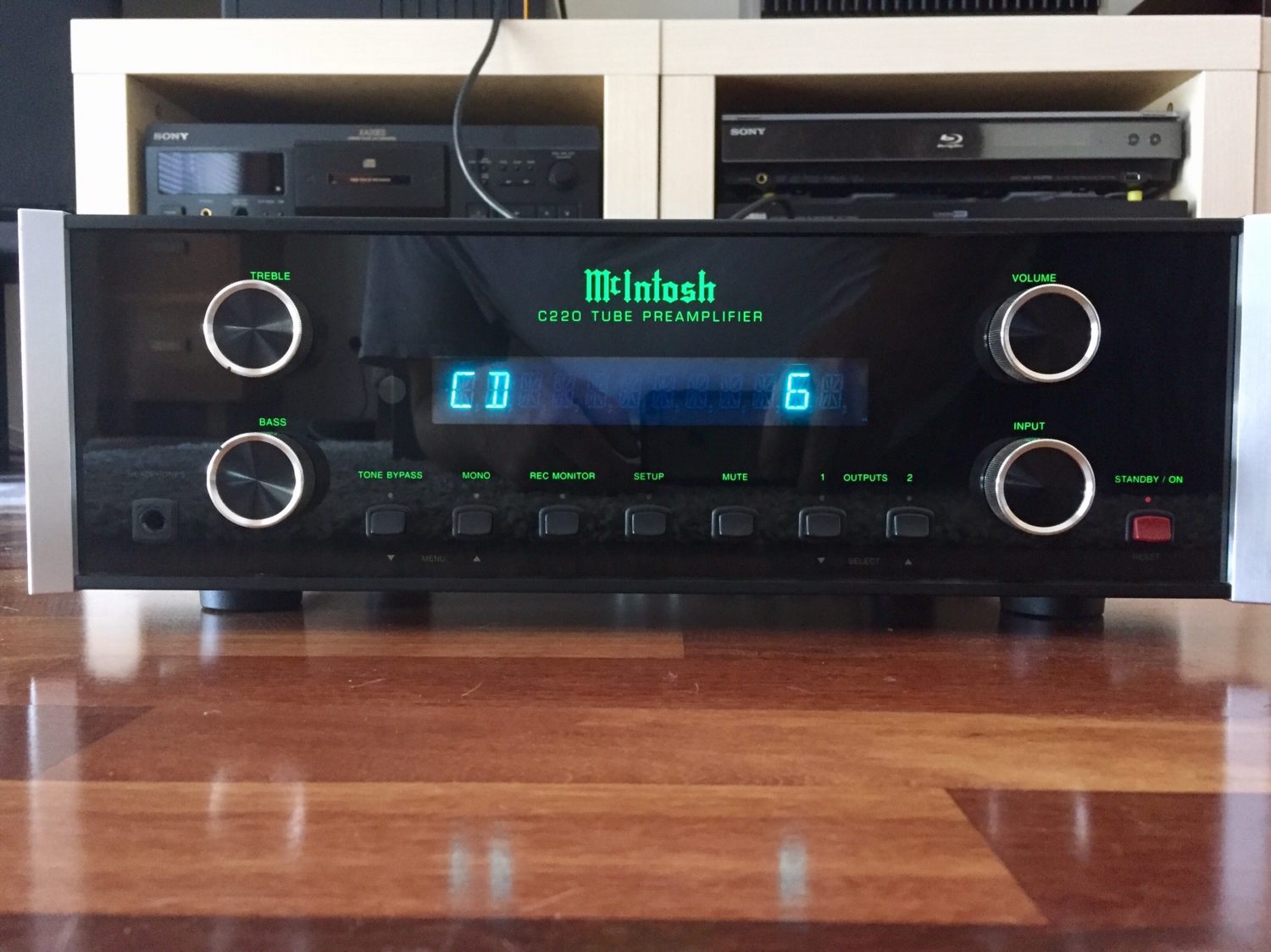