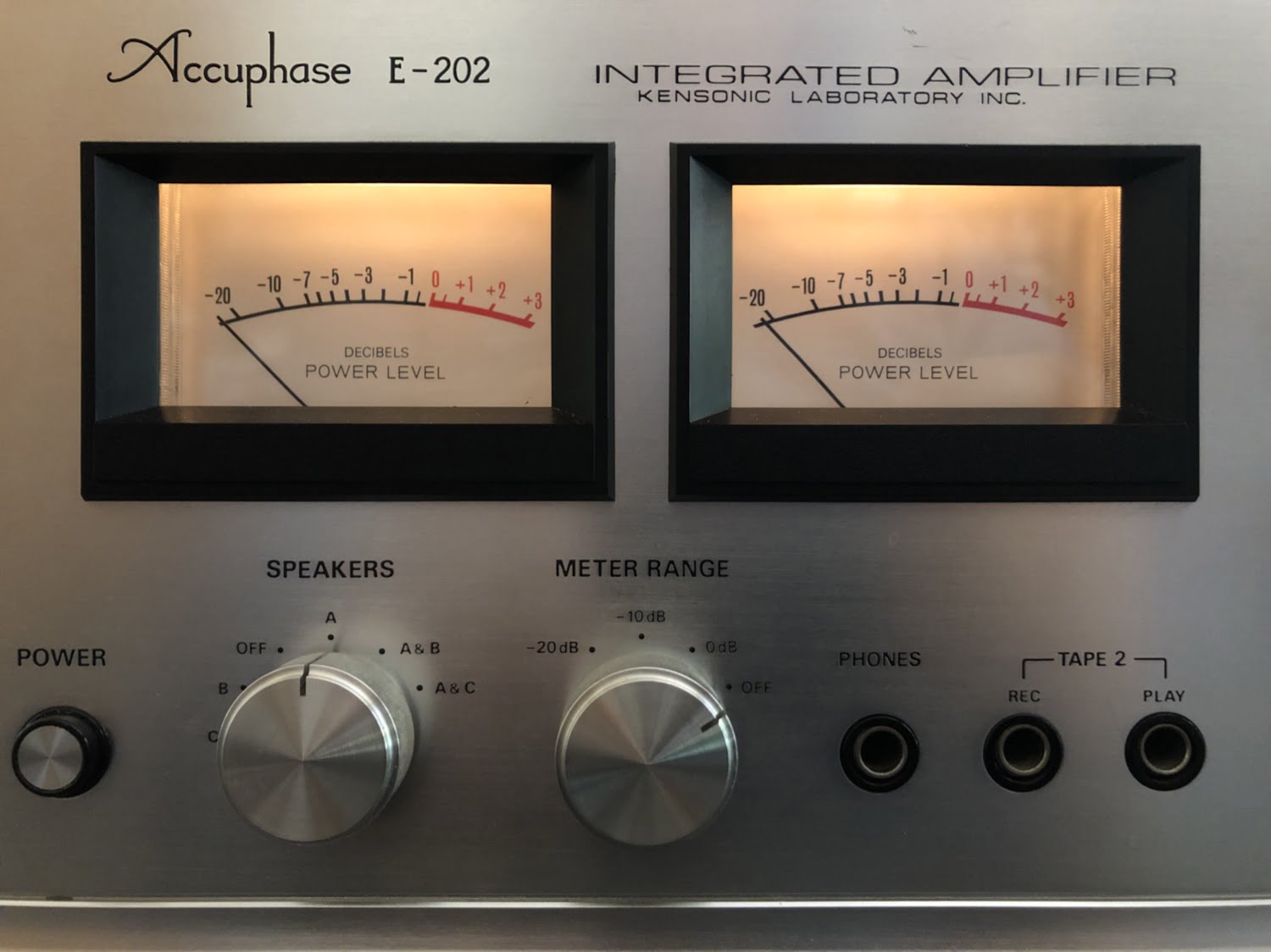 I’m repairing a gorgeous Accuphase E-202 integrated amplifier and there’s a need for careful transistor matching in audio gear like this.

Choosing and matching transistors correctly is critically important when repairing or restoring audio electronics. I’ve learned this over the years, through experience and from people who’ve been doing this for much longer than I have. In this article, I look briefly at matching small-signal transistors.

Matching transistors helps an amplifier run well. That’s why Accuphase took the care to do it when they built these amplifiers, but sadly, many repairers seem to take less care. Most just whack in whatever transistors they have lying around and hope for the best.

Get transistor matching wrong though, and your unit will exhibit high levels of noise and distortion, DC offsets, or worse. The other consideration is that many faults are mistakenly attributed to capacitor problems when they are in fact caused by drifty, noisy or mismatched transistors. 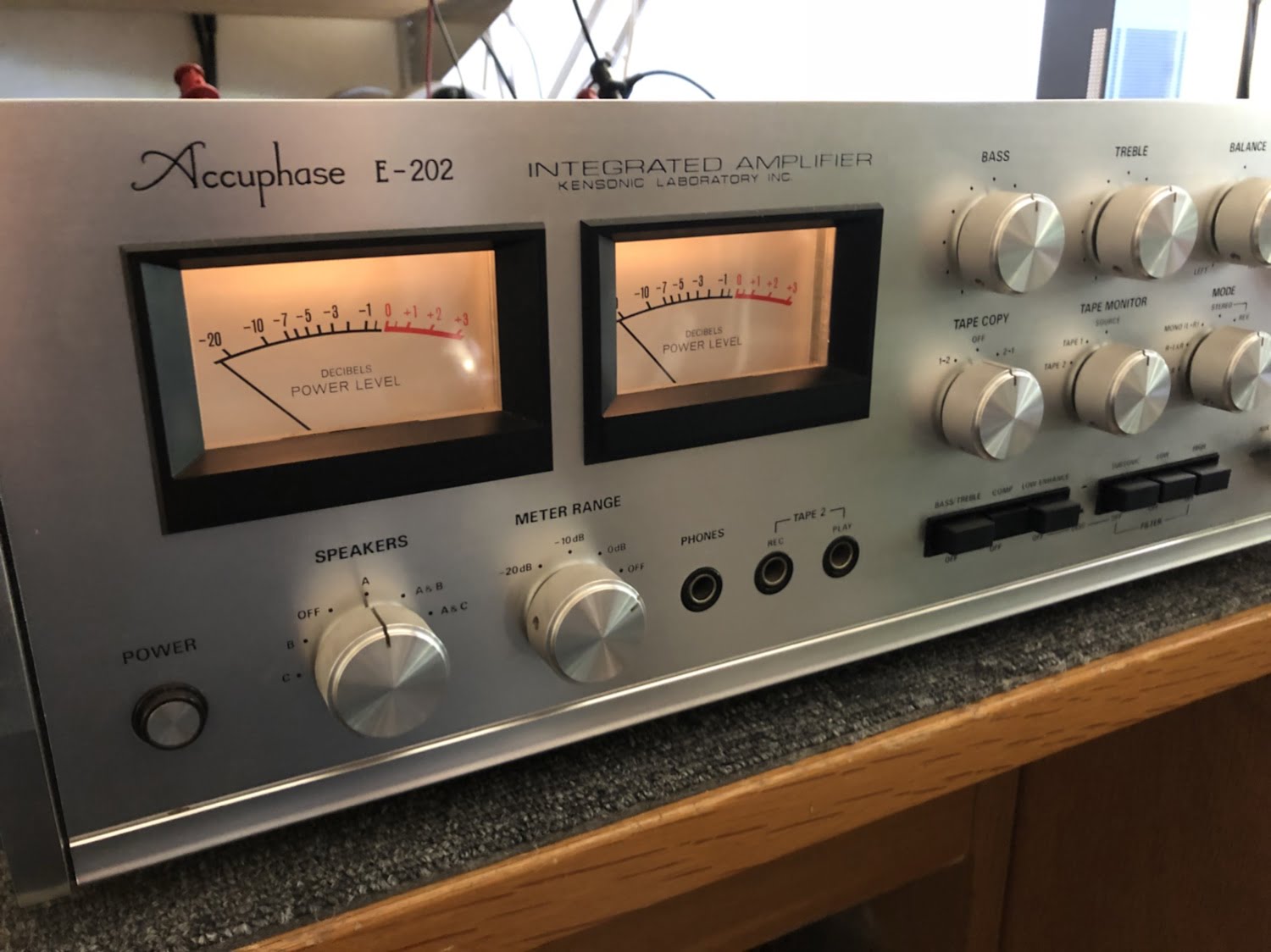 This beautiful Accuphase E-202 had some gremlins. Apart from needing a major service, the unit had a fault that was especially irritating, for her owner and me, causing the unit to randomly go in and out of protection.

In this E-202, there were several pairs of mismatched transistors from previous repair goofs. Several original pairs and single transistors had also drifted over time.

Whoever worked on this before me apparently replaced only one device out of a matched pair. What’s worse is that they used a different device type, creating problematic mismatched pairs. Worse still, these different parts didn’t match the specs for the original parts, a common error.

From a technical standpoint, this isn’t acceptable even in a simple amp or preamp. It’s a definite no-no in a high-end hi-fi amplifier, the distortion and noise specs of which depend on carefully matched pairs.

Let’s say one transistor in a differential pair becomes noisy, a common occurrence in preamplifiers and amplifiers. From worst to best practice, here are the repair options:

The trick is to be set up so that you can match parts when needed. A few things help, like learning about the commonly used transistor types, the most important specs when matching, how to substitute parts and so on.

Having enough of the parts one is trying to match is critical. You want at least 50, preferably 100 transistors of a given type, from the same batch. Spread this over some commonly found transistors and you can see the need to carry some stock.

You also need equipment. A curve tracer is a great first choice, something like the Tektronix 576 is ideal. These are big, heavy, complex and expensive, however. Instead, I use a Peak Atlas DCA Pro DCA75, an excellent, compact and accurate semiconductor analyser and curve tracer.

Then you get testing, recording results as you go. The idea for differential pairs is to match current gain or hFE as closely as possible, within 1 or 2 if possible. It’s also best not to hold the transistors when testing, as this changes their hFE.

I replaced some complementary pairs in this E-202, plus some differential pairs. Not all of them needed replacing, but whilst I was inside, I went ahead and did it anyway. Two pairs of transistors on the protection board were especially important in this repair and one device was leaky. In the end, I tested all eight and replaced five transistors in the circuit.

With the correct approach, it’s possible to fix most semiconductor problems one might find even in old equipment like this E-202. I keep stock of replacements for all the devices in these lovely amplifiers.

Installing several matched pairs of devices greatly improved the overall performance of the amp and the protection circuit now runs reliably. The unit will run and sound so much better with correctly matched parts.

If you’d like to discuss matched transistors for your gear, get in touch!