This particular Denon DP-1200 was cosmetically good, but would not hold the correct speed. The fine speed adjustment control was also very ‘touchy’ and the platter speed would vary wildly when it was used.

These are faults commonly associated with the DP-1200 and other direct-drive decks, once they reach a certain age. If you are reading this and wondering if you should have yours looked at, stop wondering and book her in! Once I’ve been through one of these decks and tweaked various other bits and pieces, they always perform so much better.

Decks like this Denon DP-1200 need the right TLC to bring them right back to the way they performed when new. Turntables like this DP-1200 have often never been serviced, such is their general reliability and the fact that many owners lack awareness of the need for it.

Dust and dirt tend to accumulate in controls and switches. The volatile components in lubricants originally used in the switches and potentiometers evaporate over time. This causes intermittent control operation, erratic platter speed and various other gremlins.

I find the speed sensor tape head is often misadjusted from the factory as well. Perhaps Denon had a newbie setting up this particular facet of the deck, but the plater speed sensor must be correctly set for these decks to run correctly.

Careful removal of these controls, cleaning and lubrication of the speed control potentiometer and fine-tuning of the 33/45rpm balance on the main circuit board brought this DP-1200 back to normal. Sometimes there are other faults though and you must know what you are doing if embarking on work like this yourself.

For example, it is critically important to use the right cleaners and lubricants. You could ask three technicians to do what they think is necessary to the switches and controls on a DP-1200 and probably none or only one of the decks would work reliably afterwards. I know this because I see it every day. I learned this early on when working on RF test and measurement equipment.

Capacitors in the control circuit sometimes need to be replaced, knowing which ones and what to use in their place is important.

The final part of this job was to mount the owner’s Ortofon MC-15 moving coil cartridge to the original Denon head-shell, set the correct overhang and adjust and set up the tonearm, which was loose and running very low on the back-end. Setting up a tonearm correctly is also critically important. If the tonearm rides low at the rear, the bass will become loose and muddy.

Once all the work was completed, this DP-1200 sounded amazing, night-and-day better than when it came to me. The owner tells me he cannot believe the difference and how thrilled he is with the result, which really serves to illustrate the real difference that some proper turntable care and maintenance can make 🙂

I really like the construction of these decks. Denon used a solid wooden chassis and a nice big motor and everything is firmly bolted and screwed together. This would be far too costly to manufacture today for sale at a similar price point.

The speed controls are located towards the bottom-right of this image and the speed vernier, bottom middle. They usually need to be thoroughly cleaned/serviced with a high-quality contact cleaner and contact lubricant to come back to their best and this really requires removal to do it properly.

Not only that, over the years I’ve discovered a couple of components in the drive circuit that can cause problems as they age. I replace these as needed on decks that come to me for service. I’ll also often service the motor of a Denon DP-1200. That’s a little more involved and probably deserves its own article. 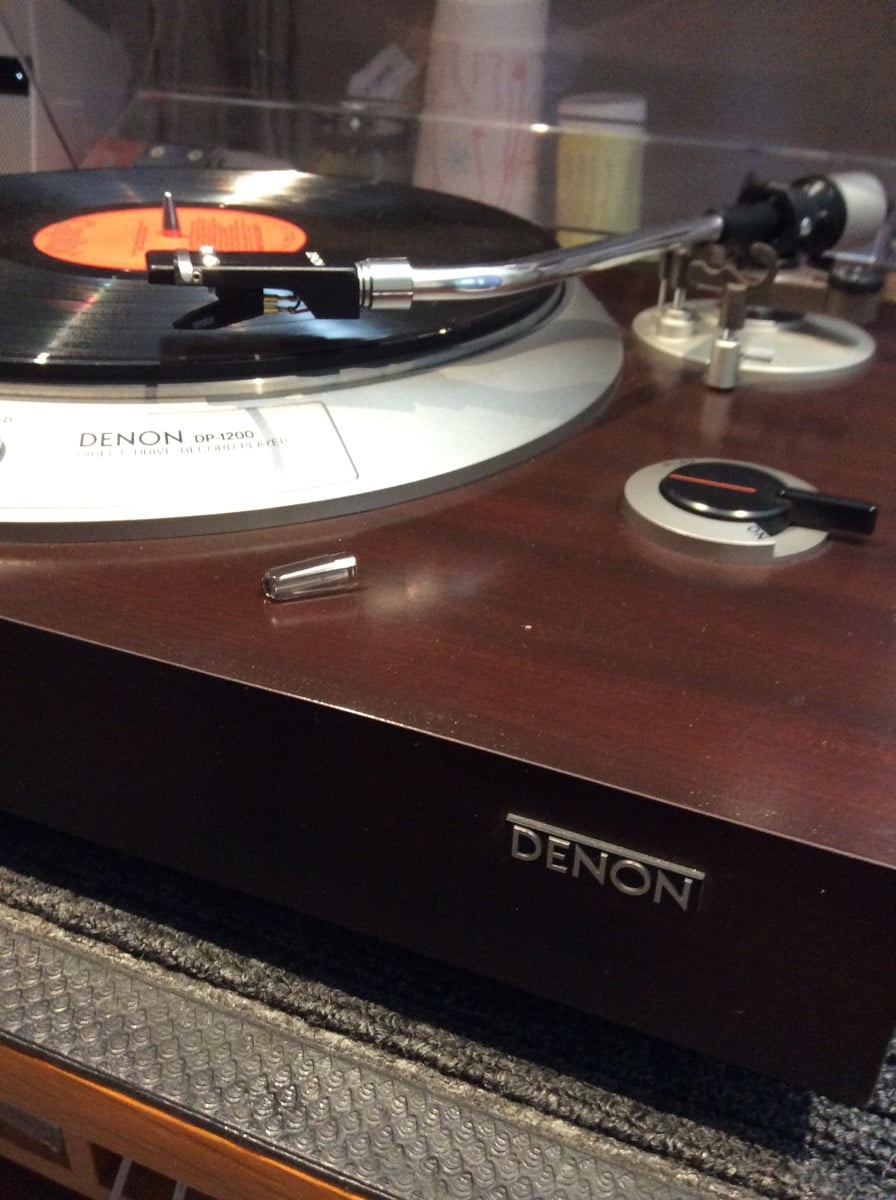 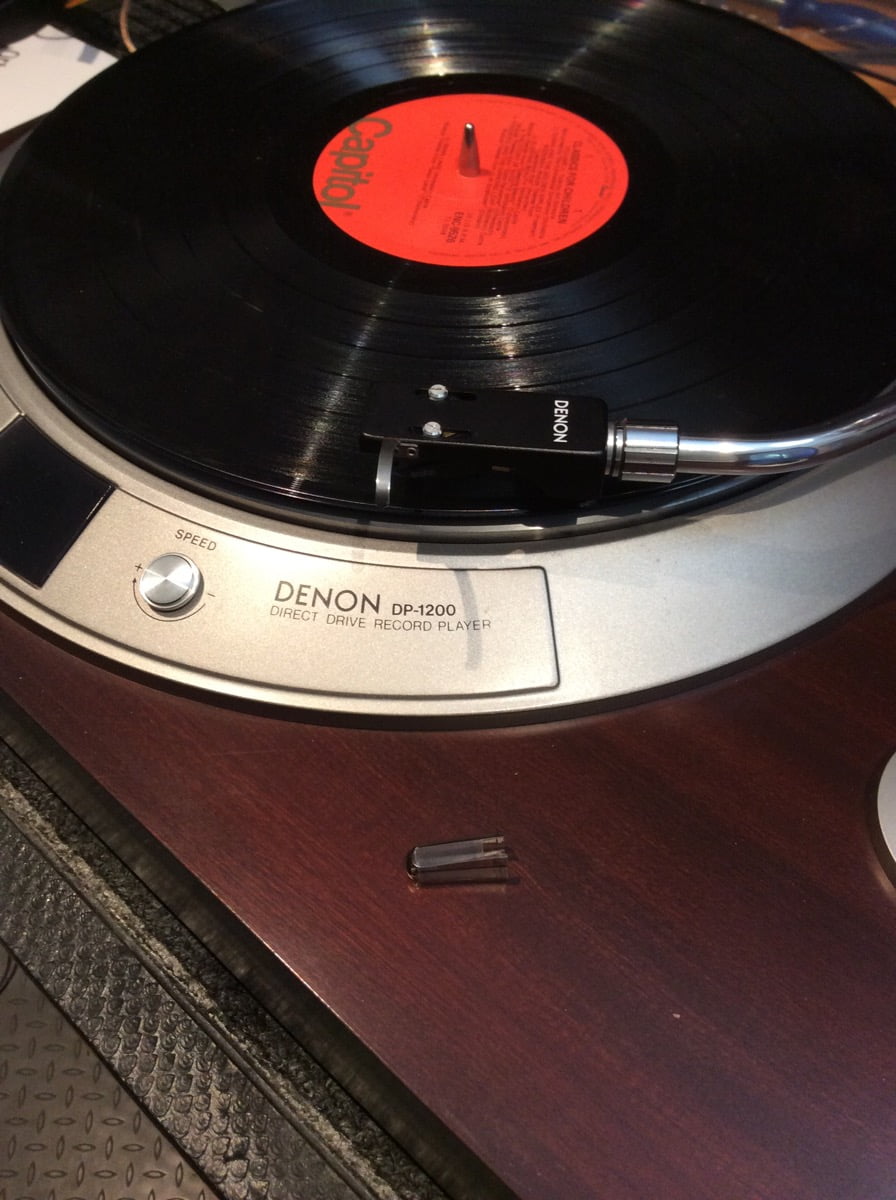 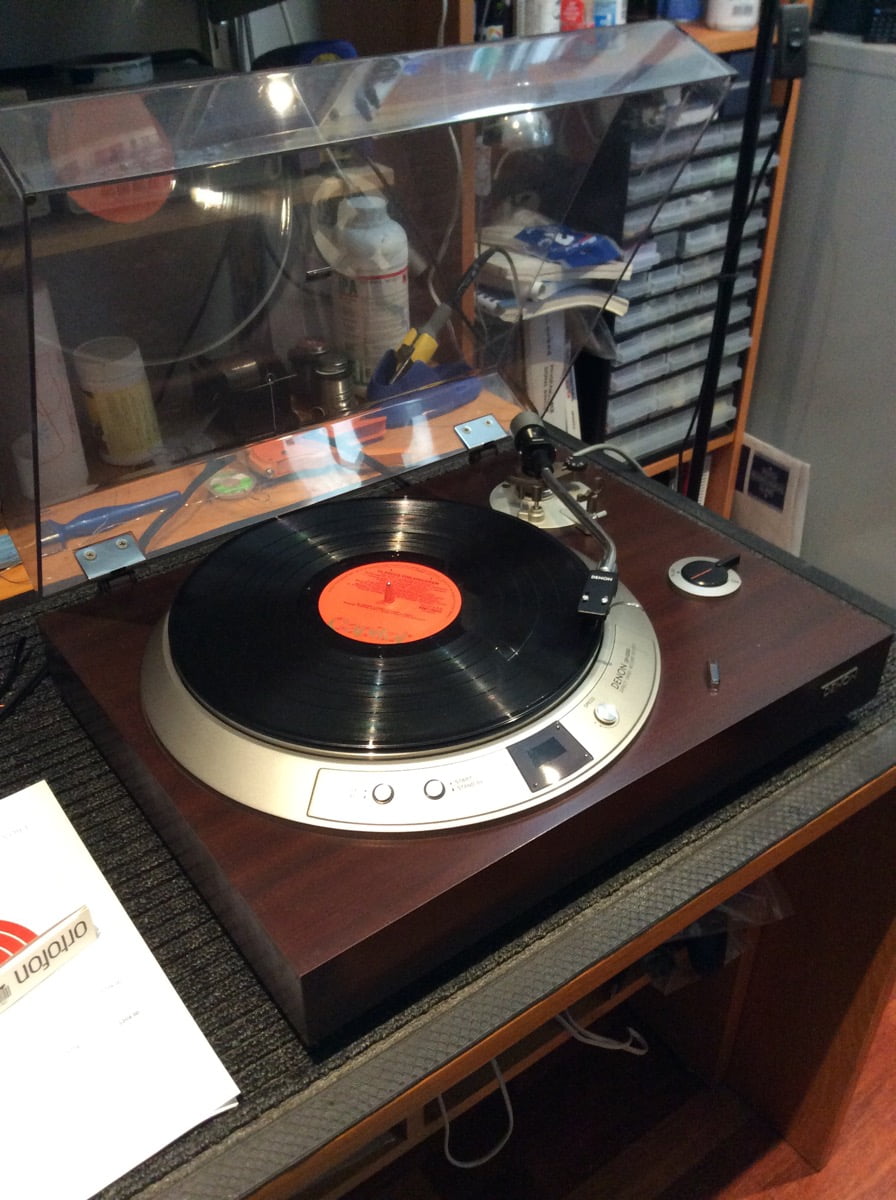