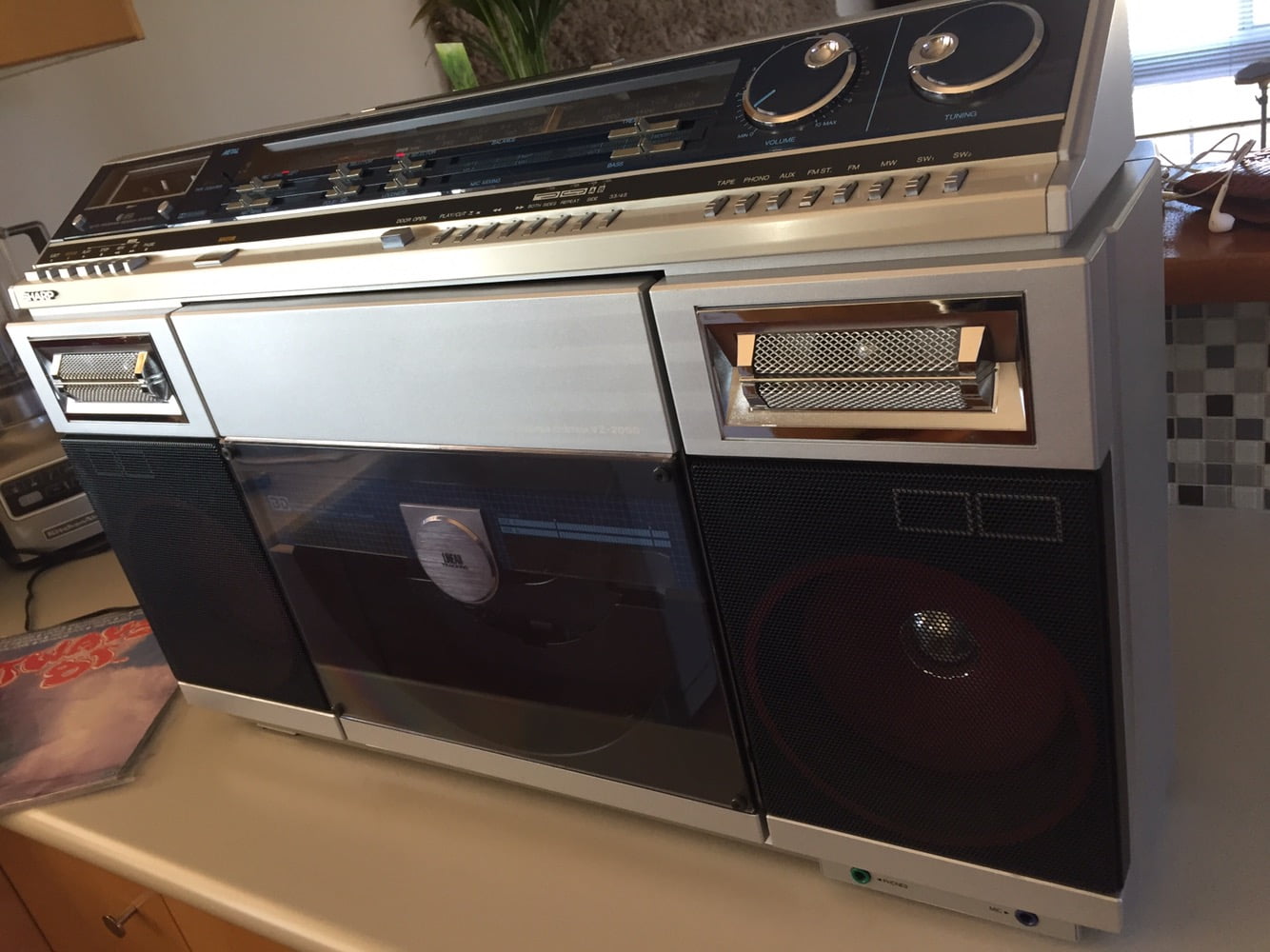 The Sharp VZ-2000 is surely one of the biggest and baddest boomboxes from the golden era of boomboxes, the 1980s. This VZ-2000 is seriously HUGE, I can hardly lift it and it took two hands to get it to this position for the photo-shoot.

More info can be found at the Classic Boombox VZ-2000 page and this great page at the Laughing Squid. For a demo of this great unit and to see it in action, check out my VZ-2000 video on YouTube.

For the record, this monster weighs in at 16kg, WITHOUT the ridiculous 10 x D-cell batteries you’d need to take your records to the beach. Seriously, I don’t know who would put this thing on their shoulder and take a bag of records to the beach anyway, but if you want to, you can!

The Sharp VZ-2000 features a record player capable of playing both sides of your records without having to flip them. This in itself is a fantastic feature, essentially two linear tracking turntables in a box, with an amp and speakers.

In addition, the VZ-2000 features a tape deck with Dolby B noise reduction and able to work with normal, chrome and metal tapes. All controls are soft-touch, operating a motor-driven mechanism. This a pretty decent cassette deck, in a boombox!

This unit originally belonged to my customer’s grandfather before being passed down to him, so it has great sentimental value. The turntable didn’t work and the tape deck was filthy. The owner wanted it cleaned up and restored to fully working condition, giving it the care and attention it deserved. As you’ll see, that’s exactly what I did. 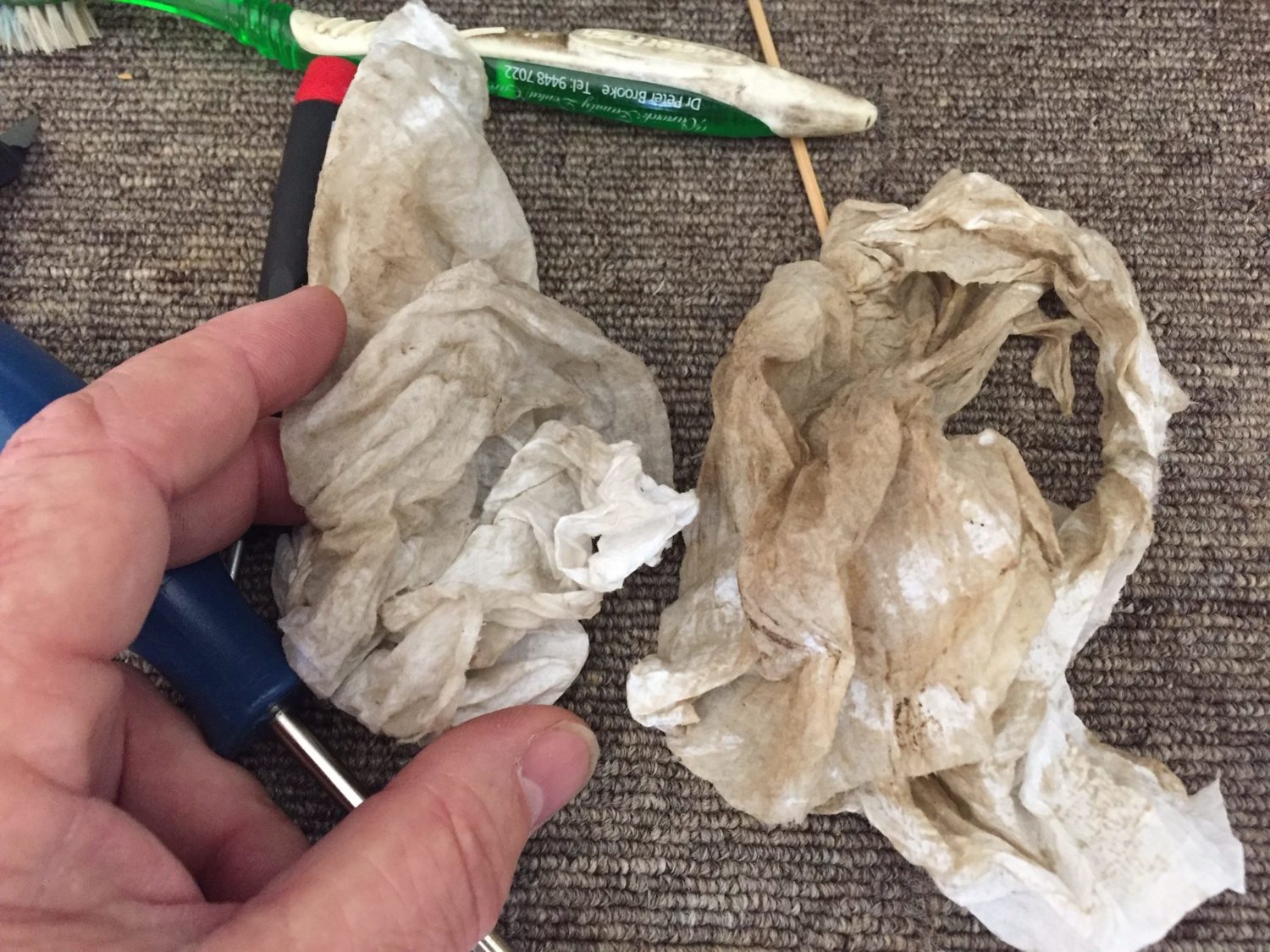