When the Technics SL-1200 direct drive turntable hit the market in 1972, there was nothing else like it. This turntable really was a game-changer.

In fact, the SL-1200 was so popular that over one million units were manufactured, when production finally ended in 2010. With the resurgence in vinyl, thousands of people have petitioned Matsushita (Technics’ parent company) to have the deck re-released. My feeling is that this will happen.

UPDATE 2 – Since I wrote this, the SL-1200 has actually returned, to much fanfare and many articles about the two new models. The brand new Technics SL-1200G is now available and winning all sorts of new awards and accolades.

To briefly explain the nomenclature, the original SL-1200 models are silver and the SL-1210 models are a gorgeous satin black. There are also various iterations, released over time. The mark 2 is very common but the deck went up to a mark 6 release, each successive mark having better tonearm wiring, fancy piano finishes and the like.

You have to remember what the turntable market looked like when Technics released the SL-1200. The marketplace was saturated with rumbly, wobbly suspended-chassis belt-drive decks. Most couldn’t hold pitch correctly – Linn LP-12’s, AR’s, Sota’s and so on.

These decks were nice enough to look at but lacked the ultimate engineering precision a Japanese manufacturer built into their designs. Critically, they also could never be used in the growing DJ market space, where a solid, non-wobbly deck with excellent environmental isolation was needed.

Technics engineers got together and essentially decided to design a market-busting turntable with better wow and flutter figures than ever seen before, along with excellent signal to noise (rumble) and immunity to vibration from the surroundings. The deck would have a non-spring mounted chassis, quality arm, quartz speed control, a strobe, pitch adjustment – the list went on and on. These features were unheard of at the time, at any price.

The SL-1200 quickly became recognised for being able to reach full speed in a quarter of a turn and having regenerative braking that stopped a record as quickly when the stop button was hit. The deck had excellent pitch precision and isolation from vibration.

Studios started using them, as did radio stations that couldn’t afford the even better Technics SP-10. DJs soon also realised that you could use these decks in a noisy, vibration-rich club environment with no problems. The SL-1200 quickly became legendary in the DJ scene and remains so.

The SL-1200 series decks are also extremely robust. They can survive all sorts of abuse that would see ordinary decks crap out. The platter is a rubber and aluminium sandwich, which is superb for damping out vibration. The chassis is built along the same lines, using a heavy rubber and aluminium ‘sandwich’.

The tonearm features height adjustment, a very nice added bonus. The arm itself is a gimballed design with tight-tolerance bearings and it’s really quite good, better than people give it credit for.

So how do these SL-1200s sound? Really good and remember, this is a mid-range, direct-drive deck. It has lots of the best attributes of DD turntables. For example, pitch stability is excellent. Notes from the piano, for example, sound as close to tonally stable as they get on vinyl, limited only by how centrally the hole has been punched in the record.

Rumble is commendably low, a Kenwood KD-600 will be even a little quieter, but you might pay more for one too. Beyond that, decks get quieter still, like say the Technics SP-10. Isolation from external noise and vibration is excellent with the SL-1200 though, as you would expect of a deck designed to be used inside a nightclub. This thing has rubber feet and a heavy, rubber-damped chassis, to soak up vibration before it hits the needle.

Imaging is solid and stable, but not quite as holographic as the best players. This is mostly attributable to the tonearm. The Technics arm is good, the bearings nice and smooth with usually only a little free-play. Ultimately though, this arm is what lets the deck down. The tonearm can be changed and a new arm mount fitted, worth considering.

One thing to do in terms of upgrades is carefully examine your cartridge options. SL-1200s often come with cheap Stanton DJ-style carts that are just awful. I often fit Ortofon 2M Red or Blue moving magnet cartridges to these decks, and they suit the low mass arm very well.

I aim to fit at least an Ortofon 2M Red. Owners can upgrade the stylus as they need to, at a later time. The 2M range is wonderful in that the body of the cartridge is common to all, but the stylus assembly is upgradable from Red, to Blue, Bronze and Black. Each time you get a better gem and cantilever, digging more out of the groove due to a finer profile and lower moving mass.

You need to fit compliant cartridges to a low-mass tonearm like this. It comes down to physics, resonance and tracking ability. People in forums talk about fitting Denon DL-103 moving coil cartridges to these decks. Actually, this is about as poor a match as you are likely to find unless you like to see your cartridge wobbling from side to side as you play a record.

The suspension of the DL-103 is way too firm – the cartridge has a low compliance – for the low mass of this arm to control. The end result is a tonearm-cartridge resonance in the low bass area right up in the audio band, leading to mistracking, poor bass performance, accelerated record wear and poor sound. Fit a compliant cartridge – magnet or coil – to this deck and get the best out of it. 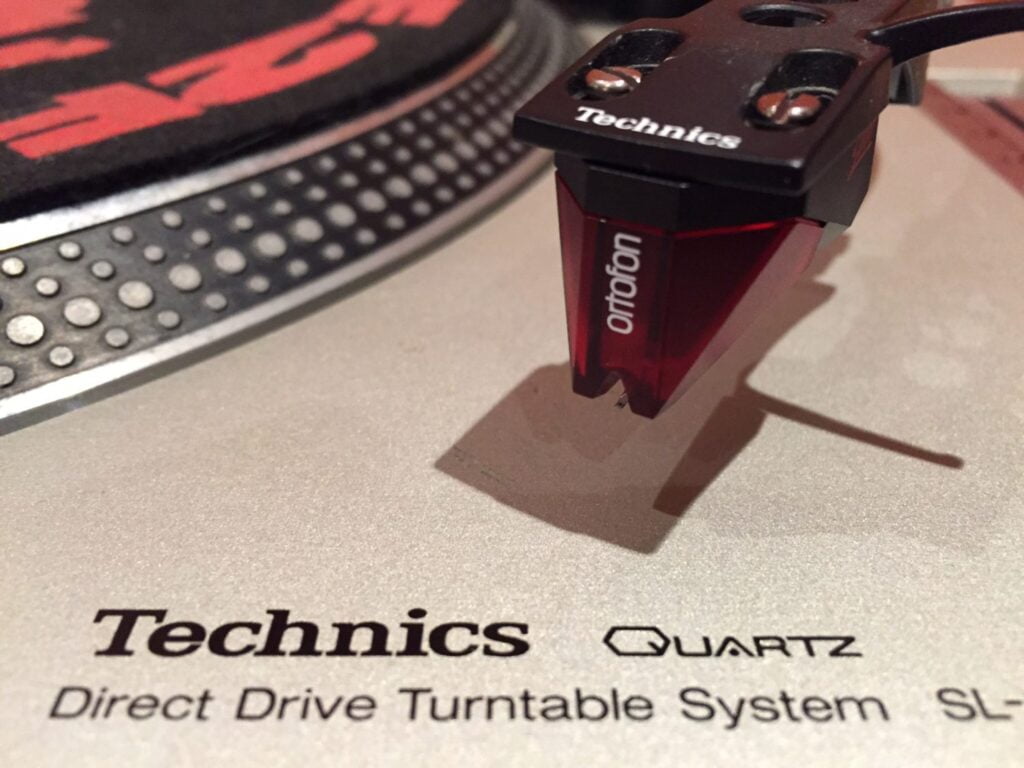 So what do I look out for when servicing these decks? I service a lot of them so I have certainly noted some trends. They are usually very dirty, so I clean dust the whole deck and arm assembly with a soft brush and then clean the platter and deck very thoroughly. This removes most of the grime that builds up over the years.

The motor or spindle bearing certainly almost always needs lubrication. I run decks for several hours whilst checking the bearing to see if the oil I has been drawn into the bearing. You can tell the oil has finally worked its way through when the spindle turns freely when spun between your fingers.

Look out for loose spindle bearings on these decks. Guys lean on platters, stack things on them, drop them, throw them in the back of vans and so on. Any wobble or free-play in this bearing means a replacement motor. Broken or missing lids are also common.

Finally, look out for dodgy ‘added features’ that people seem to love. Things like LEDs, ridiculous platter lighting, chopped ground wires and shitty aftermarket cables all spell trouble. If you are the market for a Technics SL-1200, you want a nice, original, well cared for deck.

If you want a direct drive deck for sensible money, from a legendary turntable manufacturer, you can’t go wrong with an SL-1200. Whilst not quite at the level of say a Kenwood KD-600/650, they are nevertheless an excellent mid-range deck. 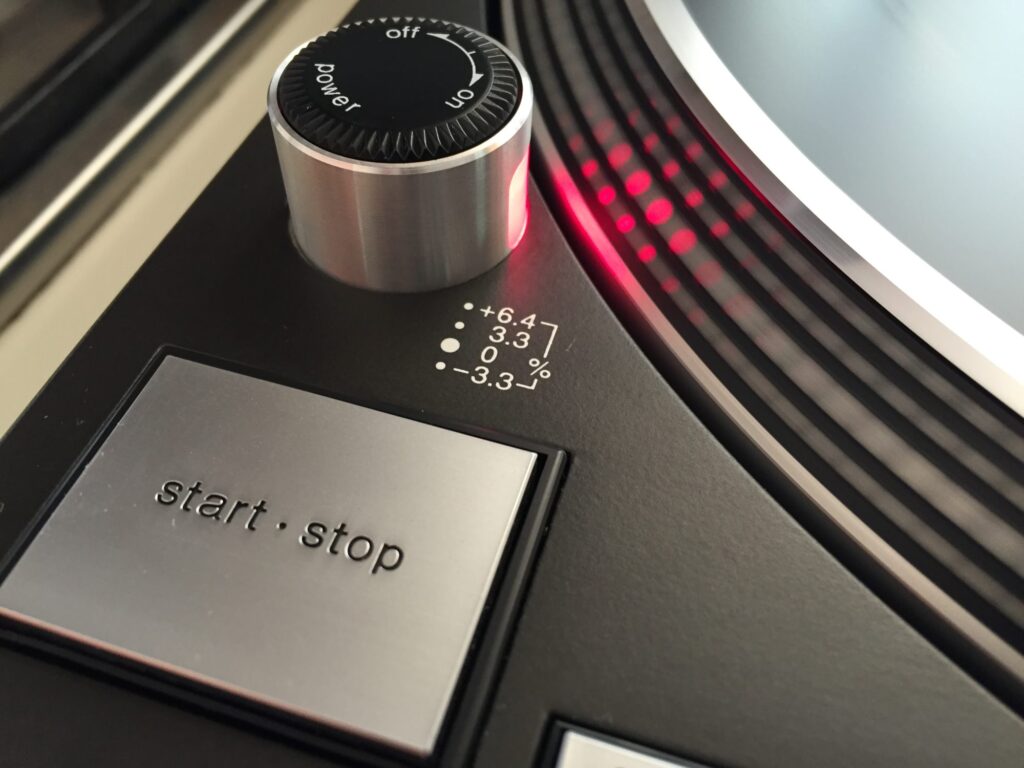