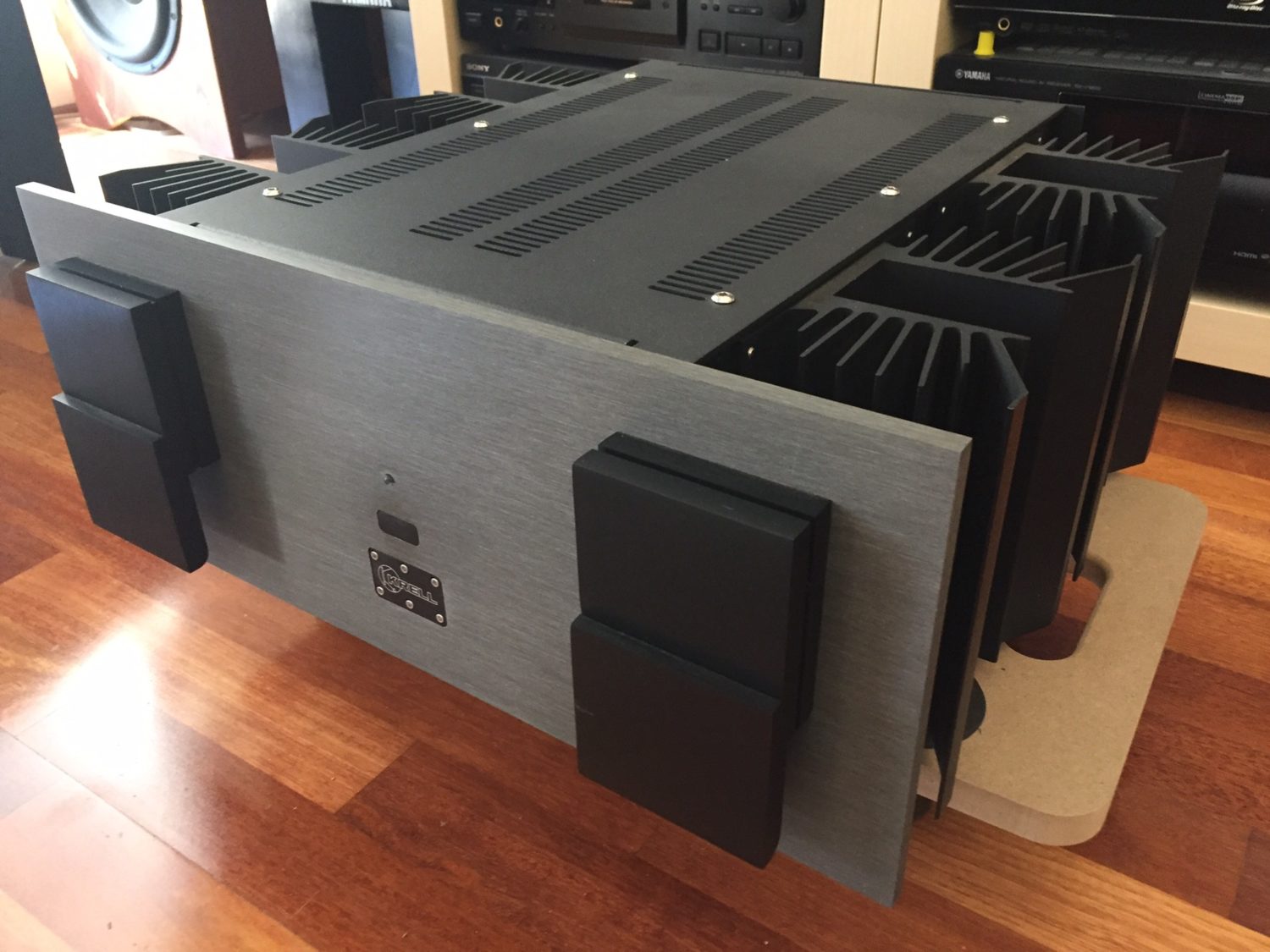 A couple of years back I performed a comprehensive tear-down, overhaul and upgrade of my gorgeous Krell KSA-150 power amplifier.

I made a video of it, which you are most welcome to check out:

There’s not much you can buy that can touch the performance of a class A amplifier of this quality – let’s face it – the Krell KSA-150 was ten grand – in the early ’90s! That’s a hell of a lot in today’s money and it would have bought you a nice new car back then – think about that for a minute and you get a better idea of the kind of amplifier we are talking about here.

The overhaul on this particular Krell KSA-150 was necessary for several reasons, most notably because of the age of this hot-running class A power amplifier, and also because it was ‘repaired’ very poorly by Trevor Lees Audio, trading as Christophersaudiophilestore, on eBay. Trevor Lees is a hi-fi dealer in Melbourne and is well-known for being a bit dodgy.

Trevor misrepresented the condition and history of this amplifier in the eBay listing and in conversations with me. He was ever so friendly until I discovered the botched repair job. I was assured that no repair work had been carried out on the amp and that it was in “like new” condition. Trevor also said he had sold the amp new to its previous owner. I discovered both statements were lies, shortly after having the amp freighted to Perth.

Now, you might be wondering how I can get away with saying openly on my website that Trevor Lees lied about this amplifier. Simple – it is not libellous to state something that is factually true. This is precisely why Trevor has not been able to do anything about this article, or my YouTube video. He has threatened me, told me lawyers will be in touch, but has not been able to stop me from sharing my video or discussing my experience. I have some very amusing emails where he has threatened me with legal action, but interestingly, nothing has ever materialized…

The other consequence of age is that heat will eventually cause certain parts in all amplifiers, especially hot-running amps like this especially, to fail. Electrolytic capacitors are a type of electronic component that store charge. They are constructed most often from layers of aluminium foil and paper that have been soaked in a special electrolyte. This conductive electrolyte will inevitably lose moisture to the atmosphere over time, proportional to the temperature of the operating environment and the amount of current flowing through the part of the circuit associated with the capacitors. Without wanting to get into a debate about whether current really does flow through capacitors, let me suggest you watch this for some explanation if you care.

“So what?” you say… Well, as the capacitors dry out, they become more like a resistor and less like a capacitor – ie they store less charge, conduct more current and get hotter and hotter until they fail, burst, split, leak and generally cause all sorts of problems. These need to be replaced in order to restore circuit functionality. Amplifiers tend to have many and hot amplifiers like Krell and others will have problems after a number of years. This is not a possibility, it is a certainty. 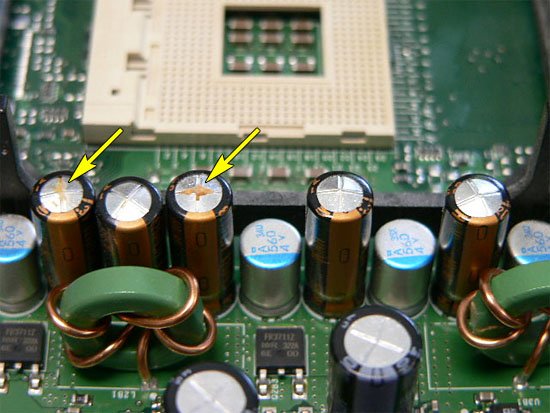 In the image above, you can see the typical appearance of capacitors that have swollen and leaked, due to their internal resistance increasing, causing them to overheat and vent electrolyte through the pressure release vents on the top of the can. This stuff is corrosive and of course, at this stage, the capacitor is totally stuffed.

This service entailed dozens of new, military or industrial spec parts, rated to work at higher temperatures than many of the originals. At the same time, I took the opportunity to check, clean and test many other parts, remove all the output transistors, replace all the individual transistor heat sink washers with new silicone types with improved performance, and just generally tidy up solder joints and replace damaged parts that the service buffoon before me had left in place. You will have seen all these if you watched the video.

The result of all of this hard work on the Krell KSA-150 was dramatically improved sonic performance, which is easy to explain when you consider how capacitors fail and how their performance in the circuit in their intended role will drop off as they age. I strongly recommend owners of amplifiers like this to have them serviced before parts start to fail. Other minor work can be completed at the same time and this sort of restoration really does give equipment like this a new lease on life.