Apparently, the legendary Tim De Paravicini designed the original M-4000. The improved and even rarer Luxman M-4000A probably also came from De Paravicini’s hand, but nobody seems to know for sure.

UPDATE: Check out my recent service of a Luxman M-4000 power amplifier.

The Luxman M-4000A is a very powerful amplifier. A massive 180 watts per channel continuously is no joke, even now. Hitachi MOSFET output devices – in this case, 2SK175 and 2SJ55 – power this beast. These devices are bolted to large die-cast aluminium heatsinks, via a precision-milled aluminium coupling plate.

Card-style boards house other circuits and these attach to a backplane. This system is often found in test gear and computers and really enhances serviceability. Someone had been into this amp before me because I found replacement capacitors on the driver and power supply boards. The rest of the amplifier was original. 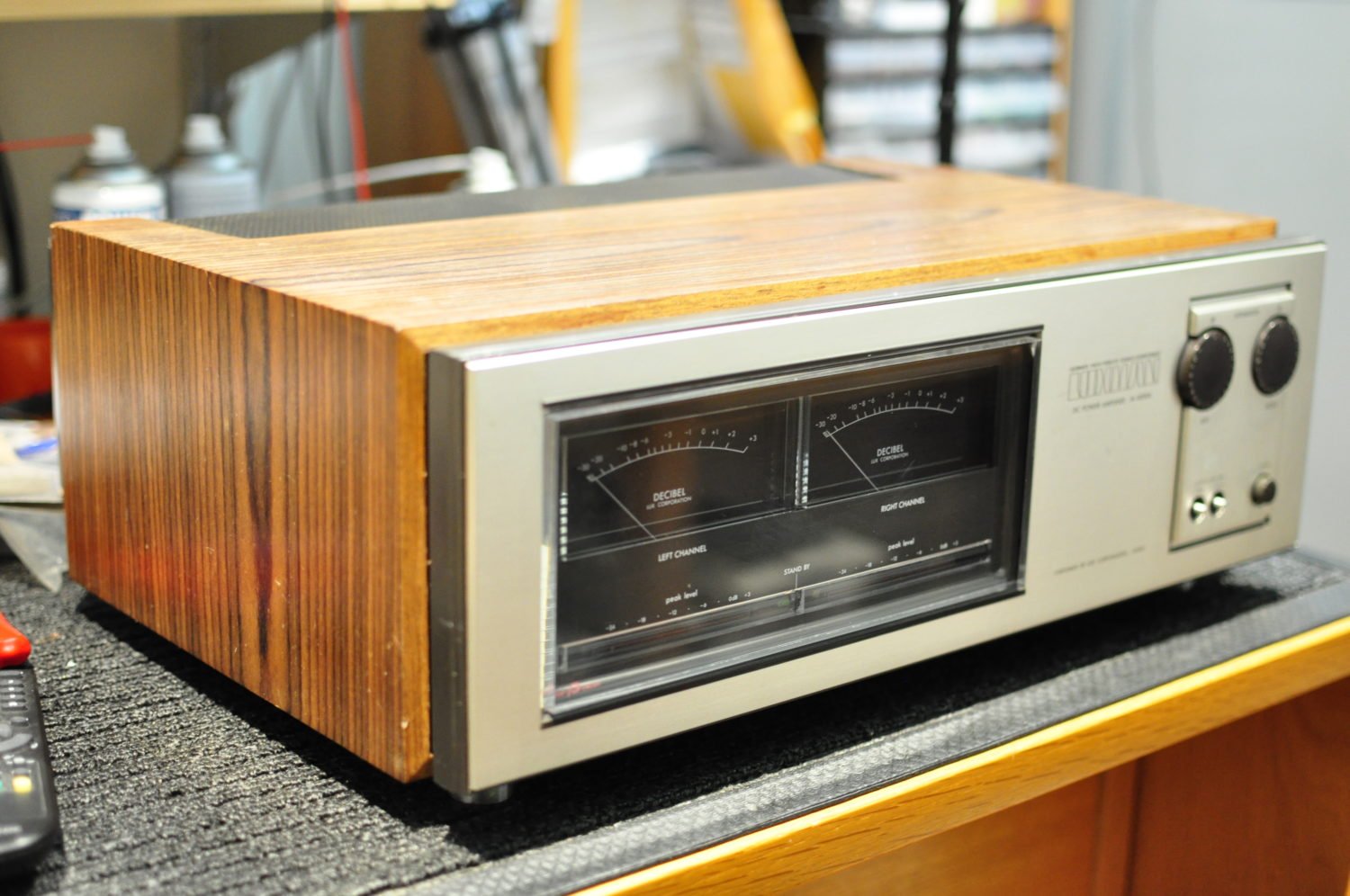 Firstly, there is zero, and I mean ZERO, service data available for the M-4000A. I contacted everyone who knows about Luxman gear regarding this problem. The service manual for this amp no longer exists and nobody knows why.

You might think that you could use the data for the M-4000 but you would be wrong. There are twice as many trimmer potentiometers in the M-4000A and it is significantly redesigned, over the M-4000. The mystery deepens though because there is a Luxman M-4000A schematic, kind of…

The problem is that whoever drafted this schematic used old mechanical drafting techniques. It’s hard to follow, there are errors and because it’s not factory, critical details are missing. Trimpot functions aren’t labelled for example, nor are any voltages, so it’s not super helpful and may not even be correct.

I set bias current using an infrared thermometer and metering power consumption. I verified this by measuring current drawn across a fuse holder with the fuse removed. After many hours of measurement and adjustment, I was happy with where I arrived.

Anyway, as I hinted above, someone had previously repaired this Luxman M-4000A. Whilst some capacitors had been replaced, others subject to very high temperatures had been left in place. This is most likely because they are difficult to get to, located on the output boards. They don’t lift out like the others and come as an output module, complete with the heatsink. The only way to get to these four capacitors is to remove and completely disassemble the output modules.

Part of my repair ethos is to make sure my work is reliable over the long term. This means I go further than other repairers, paying more attention to the details, using better parts and going deeper into the disassembly to get the bits others leave. To that end, I decided I would completely rebuild the amplifier modules, which meant removing them from the chassis and stripping them.

Doing this allowed me to use new silicone thermal pads to re-make the critical thermal interface between the output devices and their coupling plates. I was also able to use fresh thermally conductive grease between each coupling plate and its heatsink.

What follows is a photo journey through the restoration, with comments where applicable. 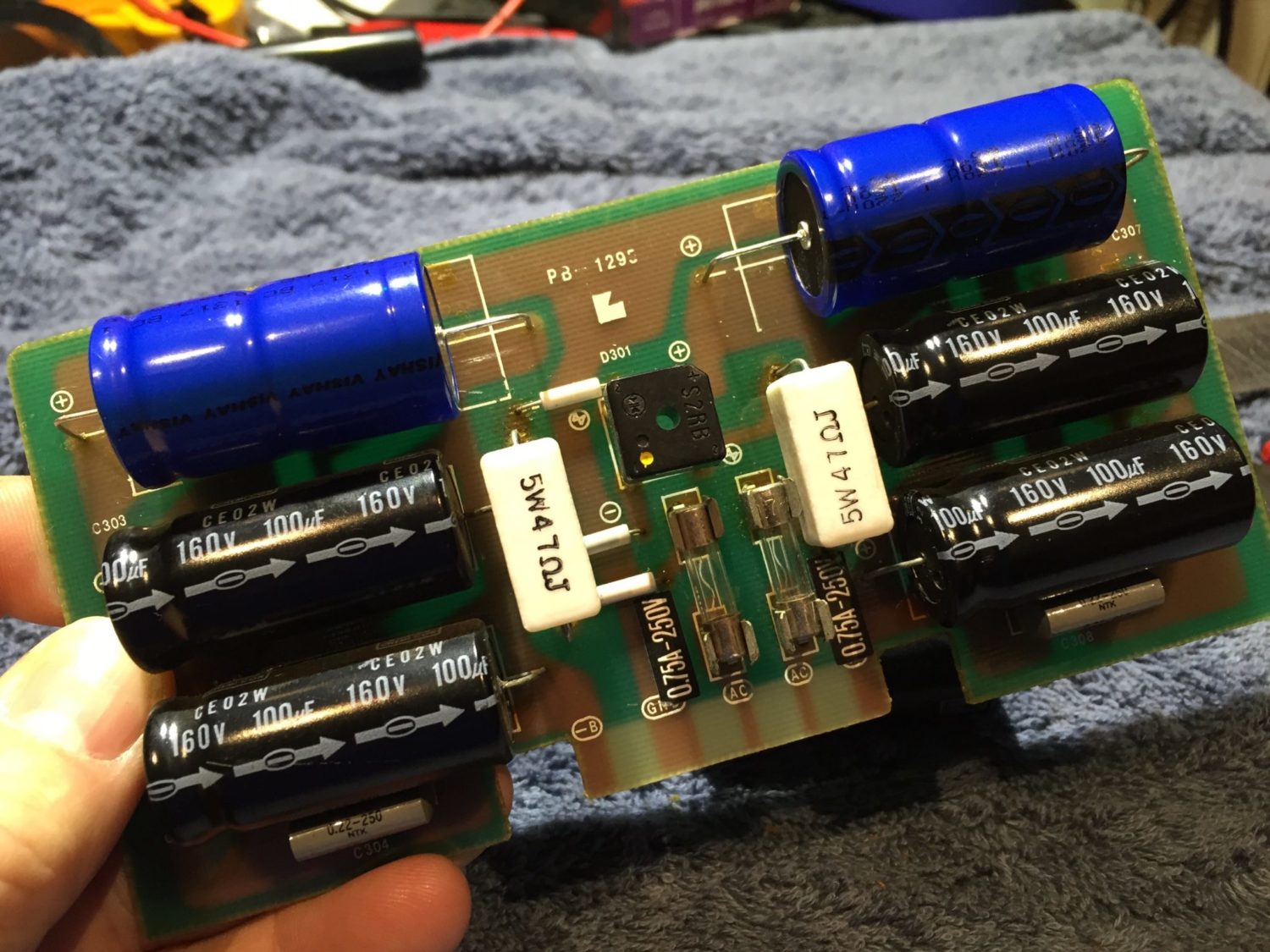 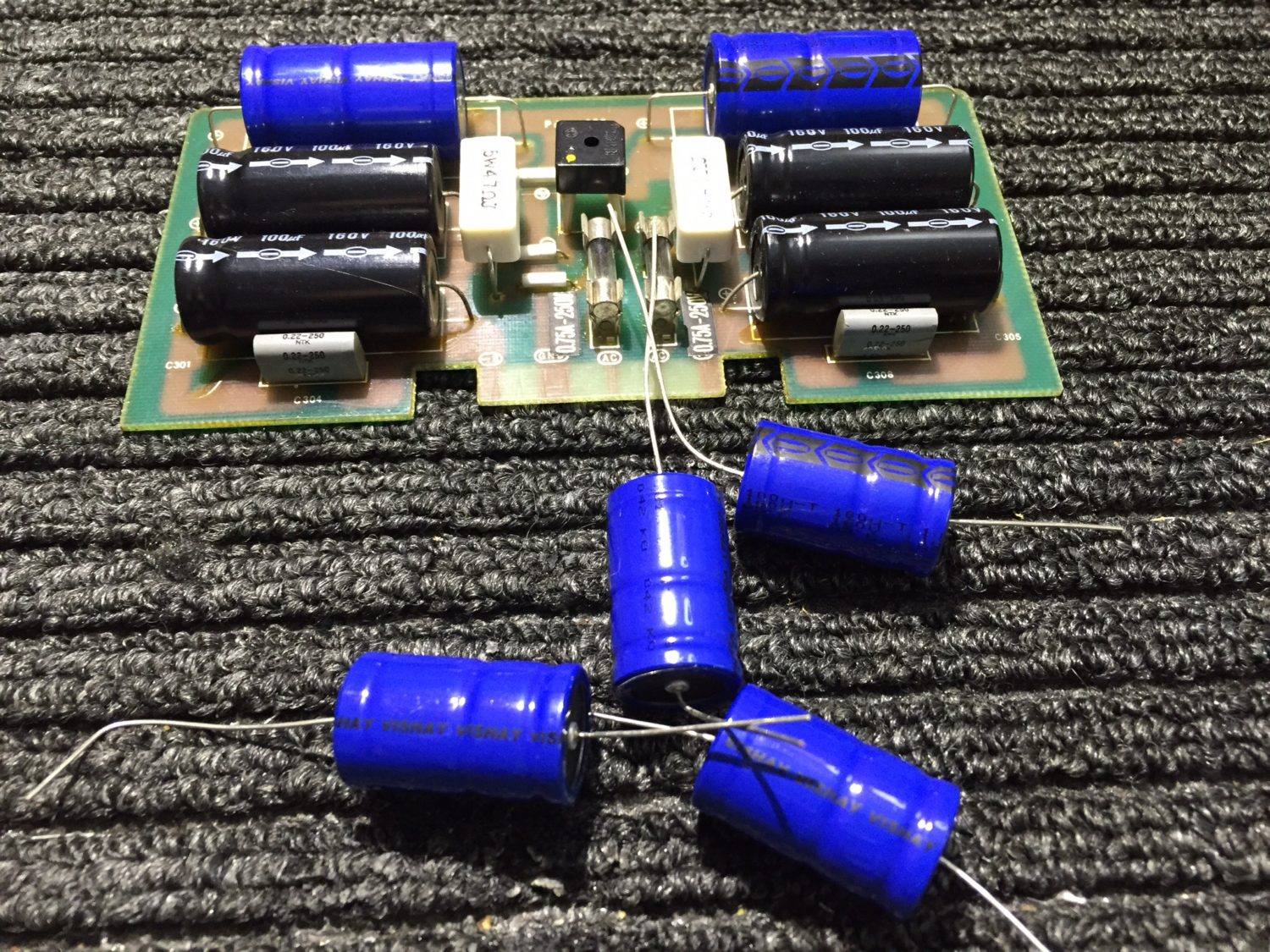 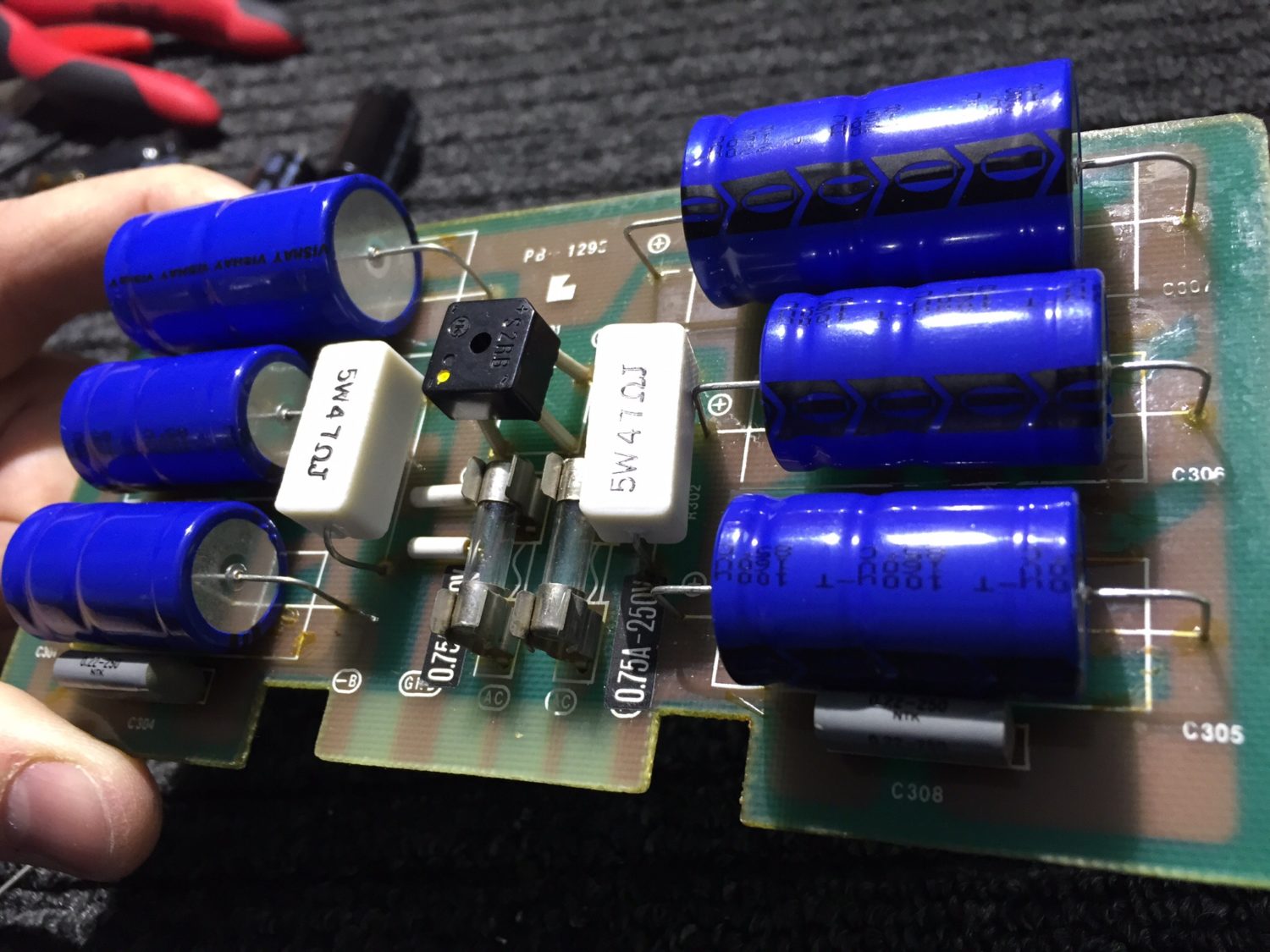 If you would like me to service or repair your Luxman amplifier, or any other Luxman piece for that matter, don’t hesitate to get in touch.