The JVC QL-F4 is a mid-range deck from the once-great JVC. Even in the late ’70s and early ’80s, JVC was not really known for its hi-fi separates. This is a shame because this series of JVC turntables had great specs. This deck is quite unusual in terms of the platter styling, the LED strobe illuminator, sealed for life motor. It also allows for repeat playing of records, great for parties!

I’ve worked on many of these lovely old turntables over the years, so feel free to read a bit more if so inclined. You can also find more information here.

This JVC QL-F4 came with a couple of issues. The bottom case was badly cracked and had obviously been dropped at some point. Also, the platter would often not spin up on its own, requiring a little nudge to get going!

Naturally, the owner wanted these problems repaired and for the deck to be serviced and brought back into correct working order and factory spec. He also wanted me to replace the headshell and cartridge.

To begin, I cleaned the deck. This helps me detect any other issues that might be obscured or even created by dirt, something I’ve seen often. I then removed the plastic base and repaired it with a cyanoacrylate glue specially designed for plastics.

The next job was to inspect the electronics. I figured that there might have been a power supply issue and it’s best to start with the cardinal rule of electronics repair: “thou shalt check voltages.” The main 22V rail was down slightly, so I adjusted this and retested the deck. She still wasn’t quite behaving herself.

What I did find though was a voltage regulator or series-pass transistor (my apologies, I can’t recall now which it was) that had at least one dry joint and needed re-working. The images below show this before and after some time with the Hakko soldering station.

Next, I had a very close look at the capacitors in the power supply area. There was lots of the dreaded corrosive glue around the larger capacitors. This and the affected parts had to go. I pulled the caps, carefully removed the corrosive glue and installed some nice high-temp, low-ESR replacement capacitors.

Retesting the deck showed that I had resolved the issue with poor starting torque as she now spun up every time, without assistance. I readjusted the 22V rail again and that job was complete. Note that I’ve repaired many QL-F4s and issues have included glue damage seen here, completely dead power supplies, issues with op-amps and more. Checking voltages with reference to the service manual really is critically important where faults are not immediately obvious. 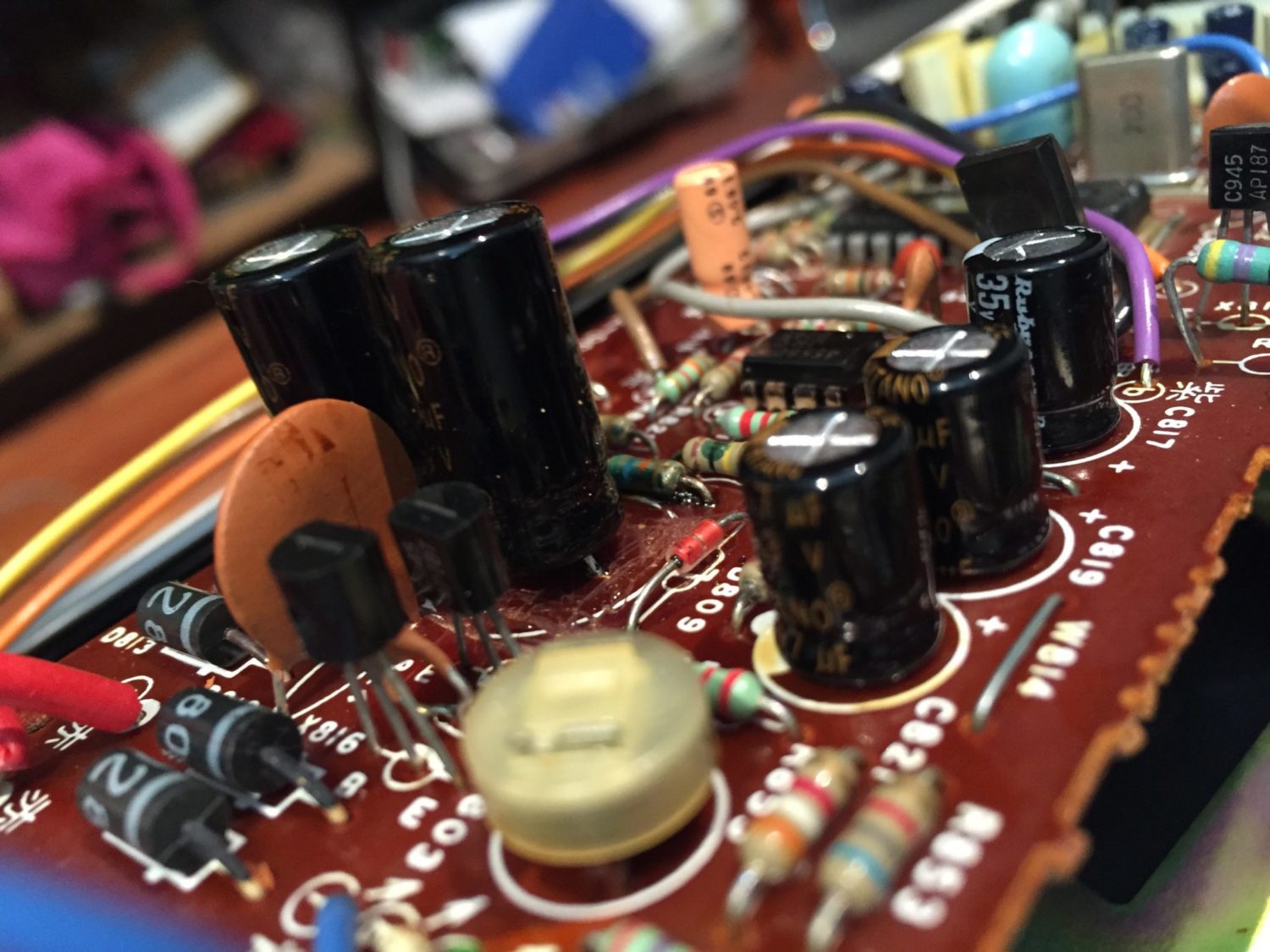 Interestingly the JVC QL-F4 motor is sealed and not designed for service. There is no way to separate the rotor from the main assembly, without drilling out the rivets. I wasn’t about to do this, especially as the rotor turned smoothly and with no perceptible bearing free play.

So the last couple of steps in this full service involved lubricating various points on the arm-control mechanism, setting up the deck so as to allow adjustment of the Quartz lock circuit and carefully checking and re-checking these adjustments to ensure they are perfect and stable over a decent operating period. The service manual outlines the procedure clearly.

The deck now plays a record very well. It is quiet, wow and flutter is very low and all automatic functions work well. Note that the drive gear attached to the spindle is cracked and it is only a matter of time before the arm return function fails. Even this is no big deal though, the deck itself will continue to play records for many years to come!