It’s not often you see one of these ultra-rare beauties, the other Sansui AU-X1. The Sansui AU-X11 is a Japan-only integrated amp. My customer bought one and it was damaged during shipping. Let’s take a look.

That’s right, the Sansui AU-X11 integrated amplifier is the AU-X1 nobody knows about. That’s because it was only sold in Japan, as far as I can tell. This one is definitely a Japanese market 100V only version. My customer purchased the unit you see here, against my advice, but that’s OK, not everyone takes my advice! 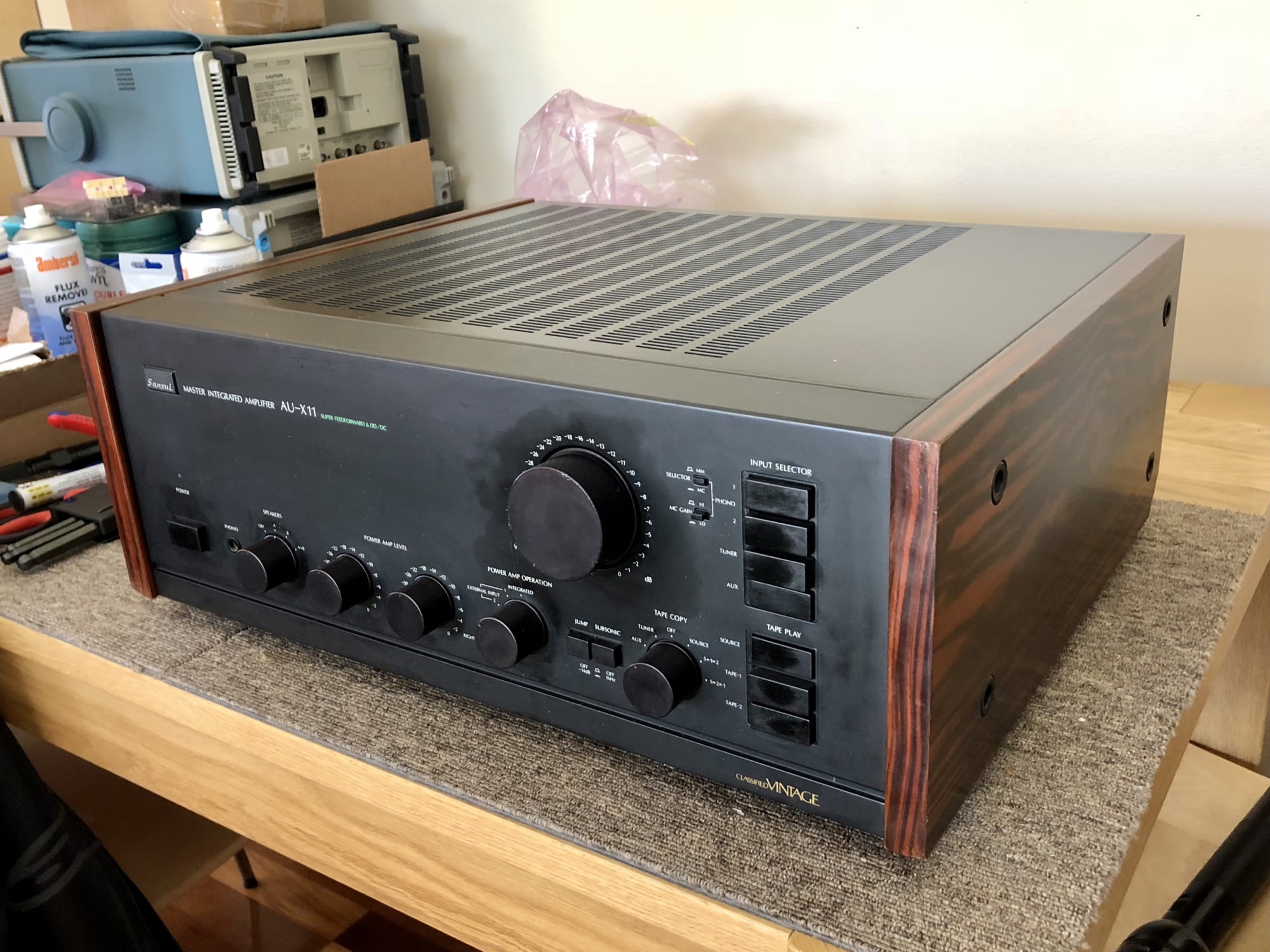 I worked on this amplifier in late 2018 and it’s taken me a while to write about it, sorry about that! I uploaded a video at the time and have just made it public, so take a look:

It’s worth pointing out here that the AU-X11 specs are very similar to those of the AU-X1. Similar power output, weight etc.

Sansui incorporated a bunch of marketing-driven buzz-terms and features into the AU-X11 and other amplifiers in the series like the AU-919. These include ‘Straight DC Stereo Amplifier‘, DD/DC Power/Phono Amps‘, and others I forget…

DC indicates that the AU-X11 amplifies everything from DC – 0 Hz – through to 300 kHz in this case. This is achieved using very fast transistors, no capacitors in the signal path and servos. Direct Coupled circuits are more complex but technically better. Servo circuits keep DC offset voltages to a minimum.

DD stands for diamond differential, referring to the circuit topology that utilises transistors in a particular symmetrical configuration. Symmetrical, differential configurations are expensive because they use many parts. They also deliver excellent technical performance.

This particular AU-X11 came from Japan and was purchased after many hours of discussion with the soon-to-be owner. I advised him against buying this amplifier and for those wondering why I keep saying this, it’s for three main reasons.

Reason 1: Shipping anything involves risk. The heavier, rarer and further away something is the bigger the risk. This isn’t a theory, I’ve assessed the damage, many times. Sadly, the risks were proven very real by this shipping-damaged example.

Reason 2: A bigger potential issue with rare equipment like the AU-X11 is the complete absence of service data. The term ‘service data’ refers to factory schematics, engineering drawings, procedures and so on. This information is especially important with a complex piece of gear that doesn’t work properly.

The lack of service data means that owners must rely heavily on the skills and experience of technicians willing to assist, where this critical information is missing. Whilst the AU-X11 is very similar to the AU-X1, there are differences.

Reason 3: This is a 100V only model. That means you must use a step-down transformer, even where the local voltage is 120V. This is an additional cost and with amplifiers, performance is generally better where additional transformers are not involved.

This AU-X11 was very poorly packed for something so heavy and rare. With just bubble wrap and cardboard protecting it, even one drop would likely be catastrophic, sheer stupidity on the part of whoever packed it.

The chassis damage was obvious as soon as I pulled the lid off. This unit was dropped, twice I reckon, on its left front and left rear. It may have toppled out of the back of a truck or just been dead dropped. Either way, the sort of chassis damage it sustained cannot easily be repaired.

The drop event/s that caused this chassis damage also caused another, potentially solvable problem. I discovered a break in the signal path, despite all the circuits working nominally after service and adjustment. This meant that signals would not pass through the amp. Mechanical damage correlates strongly with these sorts of issues.

Thankfully, I’ve worked on a lot of Sansui amplifiers and so I was able to put together a service procedure for this AU-X11. Like the AU-919, this amplifier is complex and has many adjustment points, mostly for DC servos. From memory, there are at least 10 in the AU-X11. I spent around three hours with this amplifier on the bench, carefully measuring and adjusting everything.

The signal integrity problem with this AU-X11 is no doubt fixable. Ideally, this whole amp should be disassembled and carefully reassembled, repairing and replacing bits and pieces as needed. That’s a big job. My customer is a lovely fellow but he didn’t want to spend much more on this amplifier.

The owner also struggled with the idea of not knowing exactly what was wrong and therefore exactly how much this AU-X11 would cost to repair. There is no doubt that to do this job properly, many hours of additional work are needed. Last I heard, he was pondering what to do with this lovely old beauty. 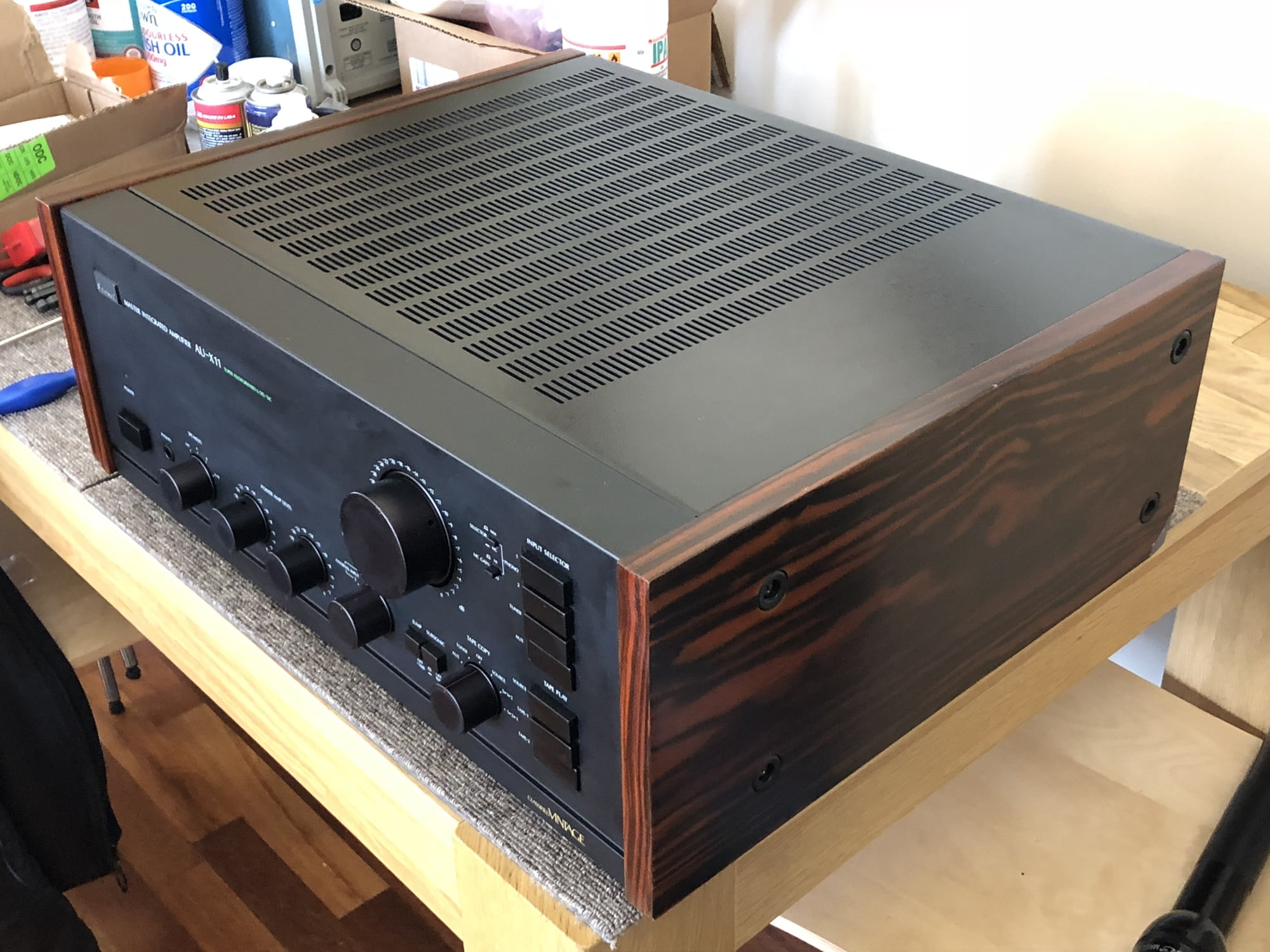 Such is the nature of rare, old equipment, there’s a bit to be learned from this story. If you own or play with old gear like this, you have to accept the risks involved with shipping and that some issues are not viable to repair.

In this case, with an irreplaceable rare AU-X11, it’s fair to say that even repairs up to several thousand dollars are both viable and very worth doing. You’d pay $10,000 AUD for something like this now and I guarantee it wouldn’t be as good.

Should You Buy One?

Should you buy a Sansui AU-X11? Sure, if you can live with the 100V problem, but only from a reputable seller, fully insured and impeccably packed.

In terms of its comparisons, something like an Accuphase E-480 has similar power. It likely won’t perform as well, having only two power supply capacitors and therefore higher power supply impedance. Yamaha’s AS-3200 is way less powerful, lighter and costs $10K. The new Luxman L-505uXII looks nice but is also lighter and less powerful. That great old gear hey..?!

In terms of its compatibility with local voltages, this is an issue. It’s never ideal running a big amplifier from a step-down transformer and that’s certainly what you’ll have to do with one of these. You’ll need a large one too, something like the 1000W version of this Tortech transformer, in Australia.

Don’t forget that there are more accessible Sansui amplifiers like the AU-717 and AU-919 which will get you a sizable chunk of Sansui vintage goodness, for much less money and risk. Whatever you end up with, let me know if you’d like assistance with your Sansui amplifier. 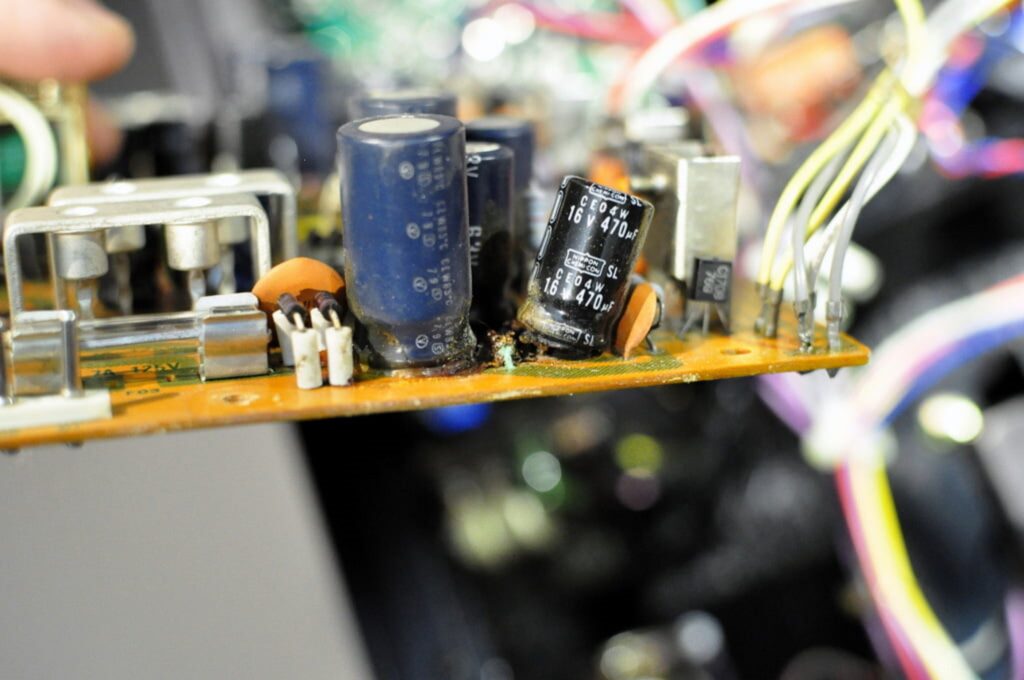